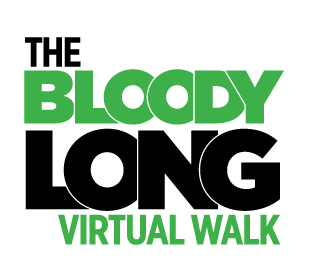 A 35KM CHALLENGE TO CURE MITO

A 35KM CHALLENGE TO CURE MITO

Noah was born at just 29 weeks. Right from the start, it was clear Noah was going to need extra help.

"Noah was allergic to everything we ever fed him and when he was just 18 months old, he started to have stroke-like episodes. At first, everyone thought it was just because he was a premmie… but as time went by and more things kept going wrong, we knew we were in a battle to work out what was happening.

As months turned into years and Noah underwent test after test, including invasive muscle biopsies, he was incorrectly diagnosed multiple times.

Even Noah’s biopsy results suggested he didn’t have mito – nobody knew what he had.

Some doctors suggested that if we would never know, what was the point in looking for answers?

There is nothing worse than feeling helpless as a parent and having nowhere to turn. At best, we were given sympathetic looks from doctors and at worst, one doctor told us that he would see him again in a year if he was still alive.

At the age of five, we were working with a diagnosis of mito, but we didn’t get an official name of Noah’s type until he was seven. Nothing can prepare you for being told your baby has mito, but at least with a diagnosis people wanted to help us.

We have the most amazing medical team around us now.

Noah was allergic to all food until he was seven and now relies on a tube feeding him a special formula directly into his stomach 24 hours a day, seven days a week. Even now with some 'safe foods', it’s too exhausting to eat the amount he needs so his backpack goes with him everywhere, even to bed!

Noah is now ten. He has a wheelchair he calls Bumblebee and he’s a daredevil in it!

He loves school and has wonderful friends who accept him just as he is. He loves to play wheelchair sports as much as he can.

In 2019 we went on a Living Life Trip to New Zealand and we got to tick off so many things Noah had always dreamt of... like flying over a volcano.

Noah loves to make people laugh. He brings joy wherever he goes, even leaving cupcakes and notes for his favourite people at the Children’s Hospital.

If you ask Noah how he feels, he says, “I choose to be happy."

To all those taking part in The Bloody Long Walk, thank you for joining the Mito Movement to support Australians living with mitochondrial disease... just like my Noah."

The Mito Foundation would like to acknowledge the traditional custodians of the land on which we live and work. We pay respect to their cultures and to elders past, present and emerging. We extend that respect to all Aboriginal and Torres Strait Islander peoples today.